The Algemeiner will recognize the “top 100 people positively influencing Jewish life” at its fourth annual “J100” Gala in New York City on September 18. 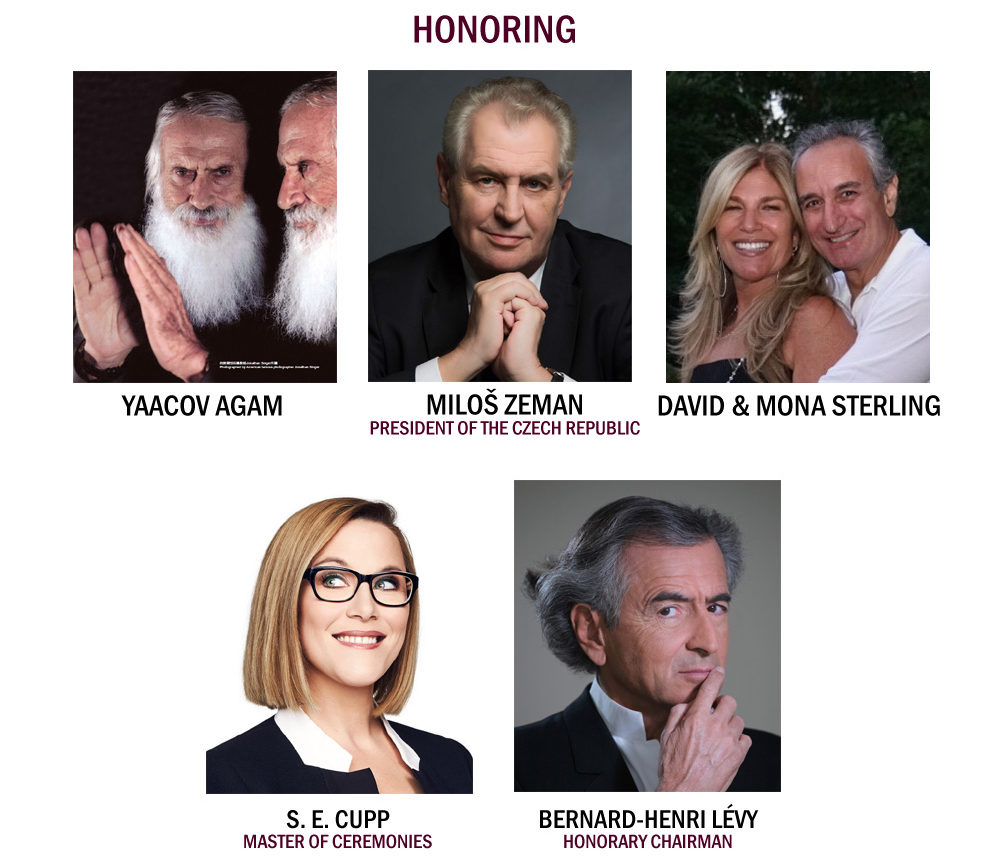 The much-anticipated event — which is being held at Cipriani’s 25 Broadway location and hosted by TV personality S.E. Cupp — will be attended by numerous prominent community leaders, celebrities, and cultural icons. Past honorees and participants have included Elie Wiesel, Harvey Weinstein, Donald Trump, Ivanka Trump, Rupert Murdoch, Bernard-Henri Lévy, Michael Gove and Joan Rivers, among others.

In addition to the unveiling of the “J100” list, Czech President Milos Zeman and renowned Israeli artist Yaacov Agam will be receiving The Algemeiner’s prestigious “Warrior for Truth” award at this year’s gathering. Philanthropists David and Mona Sterling will also be honored.

Stuart and Robbi Force — the parents of the late Taylor Force, the US Army veteran murdered in a terrorist attack in Tel Aviv last year for whom a proposed bill seeking to restrict American aid to the Palestinian Authority was named after — will speak at the dinner.

Lévy will be the evening’s honorary chairman.

For more information please visit the following source links below.