1. The Misrepresentation of Israel’s Democracy

Early in the morning of July 19, after eight hours of debate, the Knesset passed by a vote of 62–55 (with two abstentions) a law codifying Israel’s status as the national home of the Jewish people. First introduced in 2011 by the centrist Kadima Party, the so-called nation-state bill joined more than a dozen “Basic Laws” that now function as Israel’s unwritten constitution. Its 11 paragraphs mostly restate long-operative principles of Israeli democracy: Hebrew is the national language, “Hatikvah” is the national anthem, the menorah is the national emblem, Jerusalem is the nation’s capital, and Israel is where the self-determination of the Jewish nation is exercised.

One might find it surprising that such generalities would provoke a global outcry. Then again, Israel and selective indignation seem to go together like peanut butter and jelly. Criticisms run the gamut from saying the law is unnecessary and provocative to saying it’s racist and anti-democratic. The Israeli left, in alliance with Israel’s minority Arabs and Druze, has marched in the streets. Institutions of the Jewish Diaspora have called for…

Israel advocacy group StandWithUs poses the question of whether the United Nations Relief and Works Agency (UNRWA) is a scam. U.S. President Donald Trump recently announced that the United States would defund the organization to the tune of $200 million. The rationale behind the decision is that the Palestinians are the only group who have an entire refugee apparatus dedicated solely to them – and that they have grossly inflated the number of their refugees.

The approval sets the stage for cheaper competition that may lower prices. 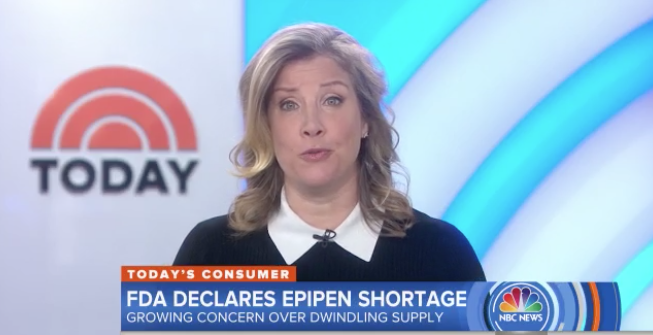 The Food and Drug Administration approved the first direct generic competitor to the EpiPen on Thursday, setting the stage for cheaper competition that may lower prices.

The new generic, which won’t carry the EpiPen name, will be made by Israeli generic manufacturer Teva Pharmaceuticals. It was approved after the FDA issued new guidance for generic copies of products like the EpiPen, which combines a drug with a specialized device to deliver it fast when people have life-threatening allergic reactions.

← Give Your All – Iris Global
Home Matters – Emergency Generator Safety →