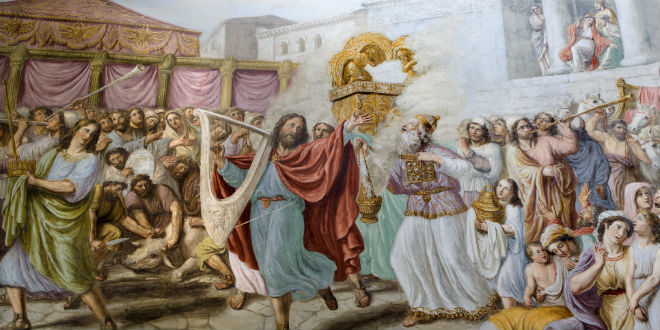 King David rejoices as the Ark is returned to the Temple. David was among the 53 Biblical figures proven to have existed in the new study. (Wikimedia Commons)

A recently published academic study which proves the historical existence of at least 53 Biblical figures may represent a recent trend in the academic and archaeological world giving unprecedented credibility to the truth of the Bible.

Lawrence Mykytiuk, a Purdue University Libraries professor, recently confirmed in a study that 53 figures “mentioned in the Bible have been identified in the archaeological record”. Using archaeological sources and references from outside of the Bible, Mykytiuk established that the existence of at least 53 people described in the Bible is confirmed by the historical record (see below for the full list).

Mykytiuk’s study is a watershed moment in the debate surrounding whether or not the Bible is historically accurate and therefore relevant to academia and historic studies outside the realm of religion and theology.

“While some would put their hand on the Bible and really mean it when they take an oath, a few revisionist academics would throw it out and say, ‘That’s creative writing.’ I was looking for concrete, objective evidence outside of the Bible that would help build the case,” Mykytiuk, an associate professor of library science, explained in a press release.

An Arab living in Hebron says life was so much better before Israel turned most of the city over to the Palestinian Authority.