Each day 1.9 million Israelis live in poverty, 850,000 of them are children. Leket Israel works tirelessly to support Israel’s schools, soup kitchens, and anywhere the hungry can be found, with fresh and nutritious meals. We believe we have a scriptural duty to help those in need, particularly those in the Holy Land where we work to help Jews and Arabs, Holocaust survivors and young children. We are very proud of our work, so far we support 180 non profits and provide 140,000 meals a week, but there is much more work to be done.

In Leviticus 23:22
God Commands in that farmers allow the poor to pick up any food that falls from a tree, ensuring the weak will never go hungry.

What does “Leket” mean?
The word “Leket” means “glean” and is the name of this commandment, in Judaism it is called the “Mitzvah of Leket”, a commandment to perform charity.

Ruth in the Fields of Boaz
The commandment appears again in Ruth 2:15-16 and explains why she felt comfortable walking through a field, taking food from the ground.

As an umbrella organization, Leket Israel also work’s to assist at-risk population groups and the NPOs who serve them through nutrition education, capacity building, and food safety projects designed to improve professional operating standards. Leket Israel serves all population groups at-risk in Israel regardless of gender, ethnic background, or religion.

For the just cost of a coffee you can provide 3 nutritious meals for a Holocaust survivor. You can bless Israel by being a gift to His people. Please stand with Israel, stand with God…today. Supporting the work of Leket Israel is a great way to say: “Israel, You’re not alone!”

Our Process and Impact

Feeding Those in Need
Feeding those in Need
Each week Leket Israel feeds 150,000 Israelis and provides tens of thousands of students with sandwiches.

Leket Israel is hard at work providing for the two million Israelis living below the poverty line. Fulfilling the ancient commandment to provide for the least of the people of Israel. We work with over 180 non profit organizations and hundreds of schools, providing them with the food they need.

Leket Israel, Israel’s National Food BankServing as the country’s largest food rescue organization, Leket Israel works to alleviate the problem of nutritional insecurity among the growing numbers of Israel’s poor. In 2014, with the help of 55,000 volunteers, Leket Israel rescued and distributed over 25 million pounds of produce and perishable goods, 1.5 million prepared meals, and 1.2 million volunteer prepared sandwiches to benefit the underprivileged. Food, that would have otherwise gone to waste, is redistributed to 180 nonprofit partners caring for those in need. Leket Israel offers nutrition education, capacity building, and food safety projects to further assist its partners.

Gleaning in the Fields of Boaz to Impact Generations 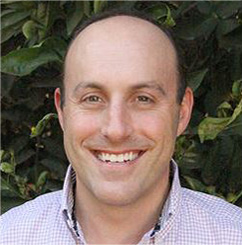 Joseph is a graduate of Yeshiva University and Fordham University Law School. After making aliyah in 2000, he worked for three years as Director of International Sale & Development for a family software business. He founded Leket Israel in 2003 after witnessing significant food wastage in Israel at a time of rising poverty. Joseph’s vision and steady hand have led the organization from a simple, one-man operation to Israel’s largest food rescue organization. He is married to Leelah, has five children and enjoys biking, traveling and spending time with his kids.

Thank you for feeding a hungry person in the Holy Land! 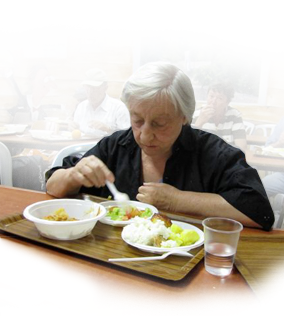